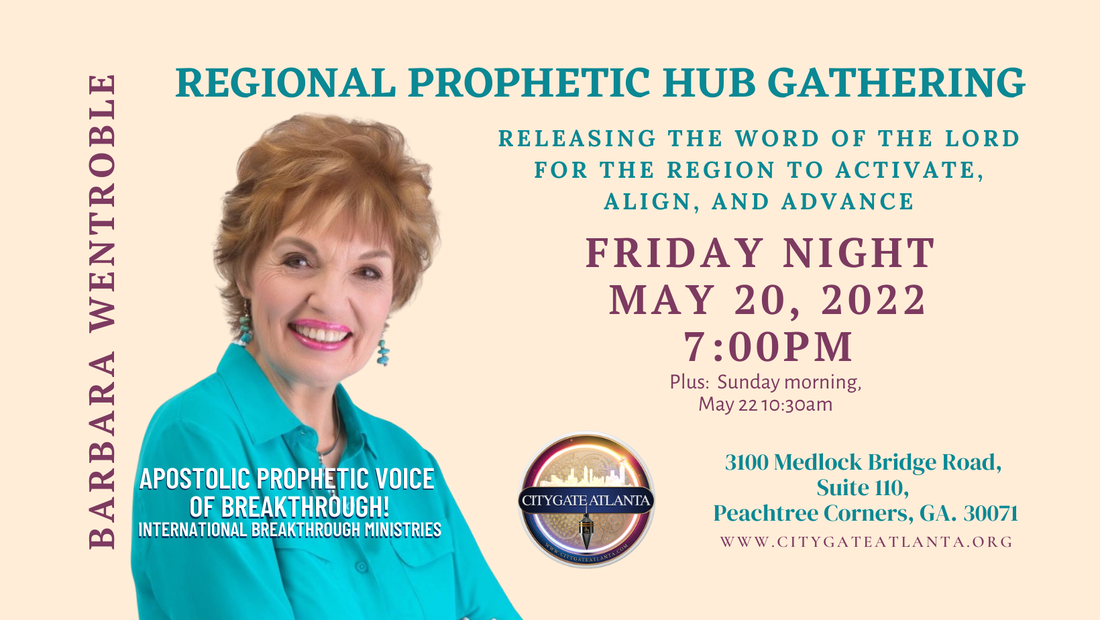 Barbara Wentroble leads an apostolic network and a strategic alliance of visionary leaders globally. She is a strong apostolic leader, gifted with a powerful prophetic anointing. Ministering with cutting-edge teaching and revelation, a powerful breaker anointing is released. Giftings and anointings in ministers, business leaders, and individuals are activated for the purpose of fulfilling their destiny.
​Barbara conducts leadership conferences to equip leaders for success in their Kingdom assignments. She has been involved in the global prayer movement since the 1990s and travels around the world.

She is the author of 14 books. These books include Releasing the Voice of the Ekklesia, Becoming a Wealth Creator; The Council Room of the Lord book series: Accessing the Power of God, Accessing Your Prophetic Gift, Accessing God’s Healing Glory; Prophetic Intercession; Praying With Authority; Removing the Veil of Deception; Fighting for Your Prophetic Promises; People of Destiny, and Empowered for Your Purpose. The latest release is You Are Anointed with Fire: Igniting Supernatural Power.

She and her husband Dale reside in Lantana, Texas. They are parents of three adult children and eight grandchildren